Sprawled across thousands of acres in Sunny California, the Stanford Law School has become a world-class dream for many potential law students. Setting atop the beautiful rolling hills of sunny California, Stanford has consistently been a top five law school in the United States. While getting into Stanford has been a challenge for many, most have found that if they were accepted to any school, a high majority would choose Stanford.

With over 4,000 applicants on an annual basis, the admissions process is not easy to say the least. Looking beyond numbers such as a student’s GPA and LSAT scores, Stanford places a large emphasis on having a diverse student body. Out of all the applications that Stanford receives, only nine percent are accepted. Most successful applicants will usually have the following:

LSAT: Similar to those that are attending Harvard and Yale, Stanford considers successful applicants to have an LSAT average of at least 168 to 172. Depending upon the circumstances, the school may consider multiple LSAT scores, but this isn’t always the case.

Recommendations: Stanford tries its hardest to treat each applicant as a true individual. Because of this, they put a large of amount of time reading recommendations and personal statements. When it comes to a recommendation, students are free to choose who they pick. Experts note that most successful applicants that do get accepted often choose recommendations by those that are considered to be at a high-caliber level.

Personal Statement: The Stanford Law School requires that all students submit a two-page personal statement. The school leaves the topic up to the applicant. A successful personal statement will showcase unique experience outside of the classroom that were written in a sincere way.

To apply with Stanford, they will ask that you submit $100 with your application. There are currently no merit-fee waivers available. The only way that this fee can be waived is if the applicant can provide extreme hardship evidence.

Attending Stanford Law School is going to set the average student back at least $42,000 per year. Students that would like to live on campus should factor in another $22,000 for the entire year. Seeing that off-campus housing can cost 20 percent more, almost all of the student body chooses campus housing.

$64,000 to $70,000 is a conservative estimate for students that would like to stay on campus and study for a full year. The room and board cost can go up if a higher class on-campus apartment is chosen. According to a recent study, the average student came out with more than $78,000 in debt. 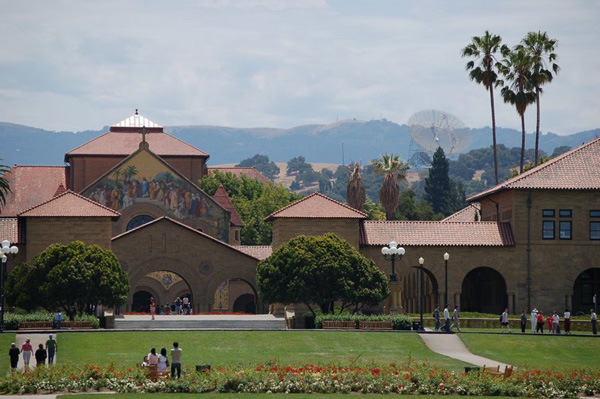 Located very close to Silicon Valley, Stanford is surrounded by over 70,000 residents who are considered to be high-class. With low crime and many multi-million dollar mansions, students are surrounded by upscale strip malls, restaurants, bars and clubs. While most students do enjoy the year round weather and amenities, some students can find themselves becoming rather bored with the urban sprawl.

Located directly on campus, all students are offered luxurious dorms that are very similar to five-star hotels. Unlike your typical dormitory that most students are accustomed to seeing, students can find themselves staying in 1, 2, 3 or 4-bedroom apartments. A short walk from the law school, some apartments are as large as 1,600 square feet.

On average, housing can range from low-rise apartments to high-class structures that soar twenty stories high. A majority of the students at Stanford Law School will often stay within one mile of the campus in housing that is provided by the college. When a student does visit the housing, many are simply blown away and can’t find themselves staying anywhere else.

Stanford is consistently ranked as one of the happiest law schools in all of the United States. One of the key reasons they are so high on the list is due to the beautiful weather year around. Another main reason that students enjoy the school so much is that most students get along with each other rather well. With countless clubs, restaurants, and high-class shopping malls, it’s not hard to find something to do on a beautiful afternoon. With little to no crime, most students feel safe walking at all hours throughout the day.

Some of Stanford’s professors are known to be some of the best in the United States. With one of the smallest classroom to student ratios out of all law schools, students can be assured that they are going to get the education that they deserve.

Earning rave reviews from countless publications, Stanford has a unique quarter system. With this system, students will be asked to take classes during the Fall, Winter and Spring semesters. Not using grades, Stanford only uses a pass or fail type method, only passing those that showcase a true understanding of the curriculum. With high-class technology and a hands-on approach, students spend an average of four hours a day studying and cramming for upcoming homework and exams.

Stanford offers 25 joint degrees in conjunction with their highly rated business school. Most students find that they can complete a Master’s and J.D. within three to four years. This is usually the same amount of time that it would take in order to get a traditional law degree.

The unique thing about students that are pursuing a J.D. degree can customize their degree early in their education. With a wide selection of elective courses, students can choose from countless clinics that can coincide with their degree.

Stanford is known for their business, corporate, intellectual property and environmental law programs. Each focus offers a variety of things that will teach students everything that they need to know about the programs. From the real life hands-on clinics to learning from world renowned teachers, students can be assured that they can enter the workforce knowing everything that need to know in order to succeed.

After graduation, less than 50 percent of students stay in the state of California. The rest of the graduating class find themselves spread across the United States in places such as Illinois and Maryland. Whatever type of job a graduate seeks, most find that they are successful at finding it.

William Rehnquist, and former Vice President Robert Paul Cochran are two notable alumni that have graduated from Stanford in the past.

A majority of Stanford Law School graduates find themselves working with a larger law firm. The average graduate median salary is $160,000 in the private sector. Students that work in the public sector can find themselves starting at $60,000 per year.

With generous loan repayment programs, many Stanford professors placed an emphasis on not chasing the dollars signs, but instead going after public sector based jobs. The plan has seemed to work because a handful of graduates have chose jobs such as clerkships and public interest works. These are jobs that pay a lot less compared to top 100 law firms.

A recent study had shown that more than 93 percent of students passed the California bar exam. Another study also noted that more than 99 percent of Stanford Law School graduates found a job within six to nine months. The 1 percent that didn’t find a job went on to pursue an advanced degree.

The Stanford Law School easily falls into the top five law schools, and it’s for a good reason. With a beautiful campus, highly rated professors, and offering some of the best job prospects in the world, it’s no wonder why this school is on every law student’s top three list.