Although you are probably already stressed about numerous things concerning law school, you will also need to consider which state bar exams are the most difficult. Today, it is thought that the top 5 hardest state bar exam are: New York, Virginia, California, Florida and Maryland.

Before we even get started on why these states are the most difficult, you must know that California is known to be the most difficult of all the state bar exams. In 2009, only 68.3% of those people who took the CA bar exam for the first time passed. This percentage is about 20% lower than the average of other schools. In many cases it is recommended that you take the  state bar exam in another state, unless of course you know what you are in for. 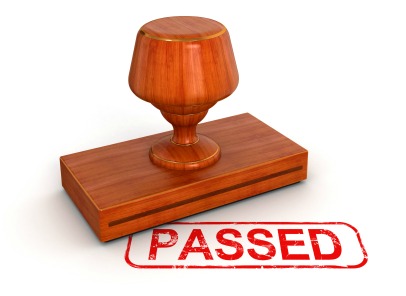 The California bar exam takes a total of three days, one of the longest state exams in U.S.A. The reason for its difficulty is that California has an exclusionary bar exam, meaning the state not only screens for those who are not qualified, but also ensures that not too many people actually become lawyers. Other states have shorter and easier bar exams because there is not as many people competing for jobs.

Another reason why the rate of people passing the California bar exam is so low is that unlike many states, California allows for students from unaccredited law schools to take the bar exam. Not many other states will allow students to do this.

In comparison to the CA bar exam, New York, Virginia, Florida and Maryland all have a much higher percentage of students that pass the bar exam. The exams are not as long and they typically only allow those from ABA schools to take the bar exam. When you pass one of the top 5 hardest bar exams, it will sometimes allow you to teach outside of the state that you passed the exam in.

You need to think about where taking the bar exam will benefit you most. Having a passing grade from California will look great, but do you really want to risk the chance of failing as well?