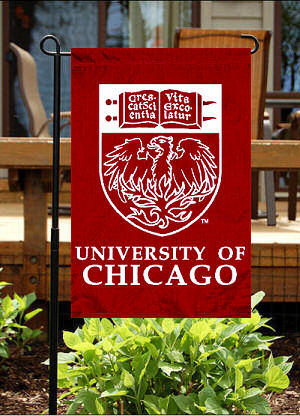 Known as the best law school in the entire Midwest, the University of Chicago Law School is by far one of the most challenging law schools to enter. With strict guidelines and a knack for unique personalities, this University places a large emphasis on personable traits and not GPA and LSAT scores. To understand what this school is looking for in a successful applicant, listed below are some numbers that most successful applicants have:

LSAT: The average LSAT score ranged anywhere from 169 to 173. The University of Chicago Law School is now among the highest in terms of LSAT scores. Like other law schools, an applicant should only send their highest LSAT score. If there are more than one, they can send all, but the school will only focus on the one score that is higher.

GPA: The average GPA can vary anywhere between a 3.5 and 3.8. Again, these are median numbers and the school doesn’t place a large amount of consideration into these numbers.

Personal Statements: The school is primarily looking for unique individuals. Because of this, personal statements should focus on a student’s lifetime achievements and experience in life. The school looks for a unique perspective and not something that is blah and boring. Students are also advised that while an essay isn’t necessary, it doesn’t hurt the admissions process if a well-written one is received.

Out of nearly 5,100 applicants that were received in 2011, only 18 percent of those were accepted into the program. 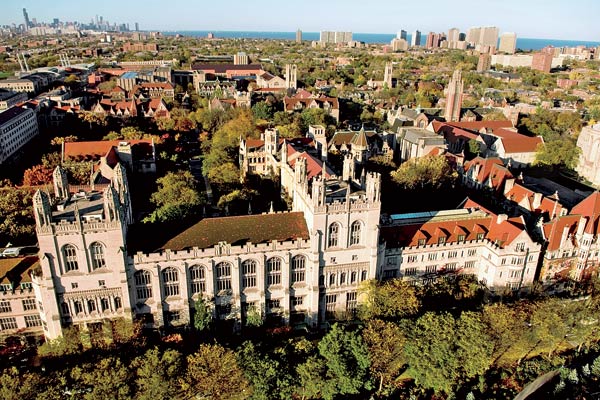 University of Chicago Law School The School and Culture

The nice thing about the University of Chicago Law School is that they have one of the smallest student bodies out of all law schools. Only Stanford and Yale can claim a smaller body. With small class settings, students often enjoy the intimate atmosphere that allows them to know their fellow classmates and professors better.

With modern and advanced renovations, the campus has a very clean feel to it. With a very large common areas where students can meet up and talk, the University of Chicago Law School has a massive library, a variety of restaurants and is only steps away from the subway that takes them directly downtown to Chicago.

The campus offers a variety of housing options that are very safe and located directly on campus. With a community feel to it, students will be placed in groups depending on their current level. Freshman will stay with freshman, while sophomores will stay with sophomores. Students that want to stay outside of the campus will find that there are many apartments to choose from in the area. In fact, there are many apartments that offer a free shuttle service that takes them back and forth to the school.

Ask any college student about the professors at this college and most will tell you that these are some of the best in the world. With a roster that includes superstar professors with academic resumes, these professors don’t come to the University of Chicago Law School for money, but rather, they come to the school because they love teaching the younger kids about law.

It has been known that most professors across the campus want the students to like them. Those professors that receive bad remarks online or via word of mouth often feel embarrassed or ashamed. With this type of culture, students can be assured that any professor in any classroom setting here is going to be well liked.

The average class size can be less than 25 people depending on the topic of the class. While many law school place a large emphasis on topics such as math and economics, students know that here, they don’t need to focus on these topics to succeed. Instead, the school knows that law should be the number priority of the student body.

The University of Chicago Law School is the only top-tier law school that uses a quarter system and not a semester. Starting in September, students will take classes in mid-January, April and will be off toward the end of May. As opposed to other top-tier schools, students will be able to take three sets of classes and not two. The unique thing about the courses offered is that the difficulty of the class can often mean that the courses will last longer than a class that is easier.

Unlike many top-tier schools that use a pass or fail approach, the University of Chicago Law School uses a number scale. A 180 or better is considered to be an A+, while a number that is between 174 and 179 will be a B average. Anything in the 173 to 168 range will be a C. Depending on the classroom setting, a curve can be granted depending upon the circumstances.

The University of Chicago Law School offers a variety of classes and opportunities that focus on an array of topics. Currently, the school offers three joint degree programs as follows:

If students wish, they can work toward other Master’s and PhDs or if they wish, they can create their own program as look as it has been approved by the program. During an average year, the school issues around 10 joint programs.

One of the main reasons that students choose the University of Chicago Law School is because of the high-tech clinics that they offer. These clinics allow students to work for a specified amount of money during the summer, where they can learn the ropes of their particular field. This is by far one of the best ways to receive hands-on training to get a first glance about what a future career may look like. While there are wait lists for these programs, students are advised to apply early so that they can get on a waiting list.

Over 500 employers come to the University on an annual basis. One of the main reasons is based on the prospects of the law students and the location of the campus. Holding direct on-campus interviews, over 60 percent of graduates found themselves with a job working for a top 200 law firm. This number alone falls number two, only slipped to Columbia.

Because of its Chicago location, students place extremely well outside of graduation. Over 35 percent of students find themselves staying in the Midwest area, while a majority of the other graduates scatter across the United States and foreign countries. On average, within nine months of graduation, more than 98 percent of students found themselves with a job. The fair majority of graduates found themselves working in a private practice. Over 99 percent find themselves passing the bar exam on their first try, making it one of the highest success rates in the United States.Salaries

The average tuition rate to attend the University of Chicago Law School is now around $47,500 without any type of room and board. Students that want to live on campus can factor in another $13,500. Students can find themselves needing to budget at least $61,000 a year to live on campus and attend school full-time.

With a plethora of legal options that students can learn, the Chicago Law School has a diverse campus, highly renowned professors, and a great atmosphere. Besides the lousy weather in the Winter months, most students don’t find much to complain about. While getting into this law school is extremely hard, those that do get accepted will only be surrounded by some of the smartest people this planet has to offer.